The first fuel cell bus has arrived in Wuppertal! This is the first of a fleet of 10Van Hool buses, all fleet will progressively arrived by February. Ths hydrogen refuelling station is being built in parallel. Hydrogen will be produced via electrolyser with electricity produced from the waste incineration plant. This is the first "Waste-to-Energy" project producing hydrogen that will be used in public trnasport. No doubt that this example will inspire other cities across Europe.

The project entitled "H2-W" is confunded by the Fuel Cell and Hydrogen Joint Undertaking (FCH 2JU) as part of the JIVE projct.

Thanks to the replacemnt of diesel buses by fuel cell buses, nearly 700 tons CO2 will be spared annually, ths contributing to the efforts to contribute to a net zero society.

Some 270 bus drivers are about to be trained to drive the fleet!

Each bus has a capacity of 75 seats. The 12 m buses weight 14 tons each and are equipped with a 85 kW fuel cell

The equipment for the hydrogen production has a capacity of 1 MW and 425 kg hydrogen storage capacity, which is enough to cover the needs of 10 fuel cell buses. The electricity produced from the waste incineration plant is used to power the buses.

Read more in the press release (in German) 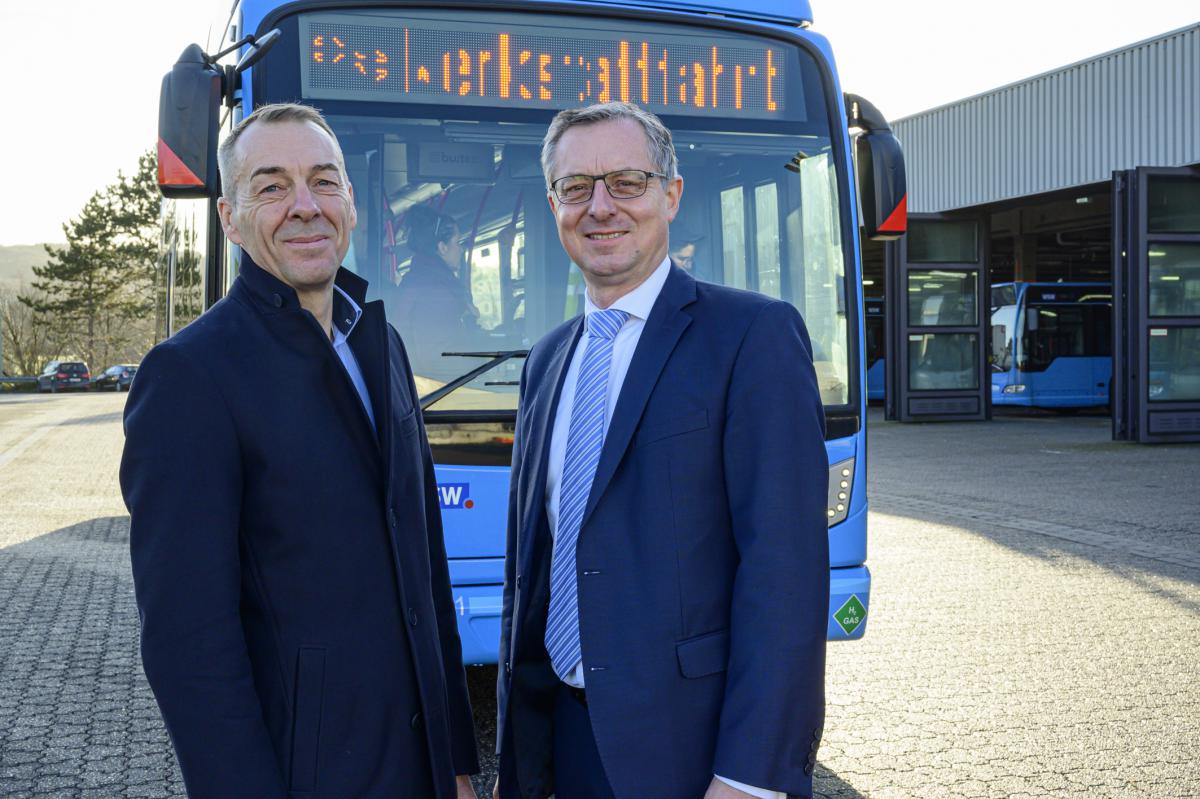