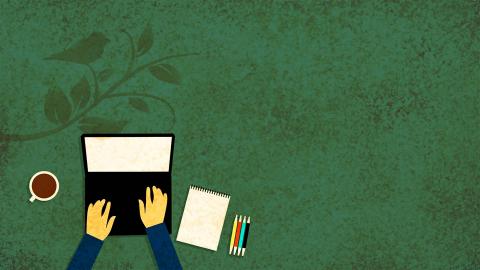 Following on the UITP “Fuel Cell Buses: Best Practices and Commercialisation Approaches”  knowledge brief published in partnership with JIVE and JIVE 2 projects in July as part of the “Back to Better Mobility” Campaign, UITP continues to support the deployment of fuel cell hydrogen bus solution this time by organising its first-ever training module on the technology. The training is organised by JIVE projects in collaboration with Clean Bus Europe Platform.

“The JIVE and JIVE 2 projects support the commercialisation of fuel cell bus technology to become a more mainstream option in city transport networks. These projects will deploy 294 zero-emission fuel cell hydrogen buses and associated infrastructure (under the MEHRLIN project) in 20 cities across Europe by early 2020s. This will be the largest fuel cell bus deployment in Europe to date.”

Recently, the projects celebrated a milestone as over 200 fuel cell hydrogen buses have been ordered by 14 cities and regions, and 50 of those buses are already in operation in cities like Pau, Wuppertal and Cologne. The training, therefore, comes promptly to capitalise on the best practices and learnings to equip participants with up-to-date and necessary information about the planning, procurement, operations, and maintenance of fuel cell buses.

The training gathered around 100 participants of which consisted of PTOs, PTAs, city councils and consultants who are mainly exploring the technology and its conditions as well as planning for tendering. We found out that the participants consider including fuel cell hydrogen buses in their city fleets because of political reasons, environmental as well as operational benefits of the fuel cell technology.

The first session focused on policy and regulatory framework in place that support the deployment of fuel cell hydrogen buses. We found out that EU-level legislation such as Clean Vehicles Directive and Alternative Fuels Infrastructure Directive has an impact on the uptake of fuel cell technology.\

Moreover, the participants were presented that Clean Bus Europe Platform which is an initiative under the European Commission’s Clean Bus Deployment Initiative and managed by UITP supports the bus fleet renewal by the exchange of expertise and know-how given the first Clean Vehicle Directive quotas that will start to be implemented from 2021. Further, we learned how JIVE projects have been creating a path for scaled hydrogen bus fleets by supporting the commercialisation of the technology in Europe. JIVE also prove that fuel cell buses are a good choice for operators tackling long/challenging routes, they provide operational flexibility in complementarity with battery buses. They require no significant changes in user behaviour, operation, or refuelling.

The second session focused on “planning and procurement technologies” of fuel cell bus and hydrogen refuelling infrastructure by focusing on JIVE best practice approaches and the experience of Cologne as RVK (regional operator) is underway to deploy 50 buses. In the session, we noted that collaboration with all stakeholders involved such as OEMs, hydrogen suppliers, hydrogen refuelling station (HRS) operators, and PTOs should be started from an early stage as well as consulting already existing knowledge created by JIVE projects. Some of the other conclusions from the session:

The final session elaborated on first insights in operating fuel cell buses by the JIVE cities which already deployed or about to deploy fuel cell buses. In this sense, the session aimed to provide strategies about service entry, organisation of bus depots and maintenance regimes. Participants had the opportunity to see three cases from the cities of Pau, Aberdeen, and Brighton.

The Clean Bus Europe Platform is financed by the European Union and implemented by the APOLLO-EU Consortium, which is led by UITP.