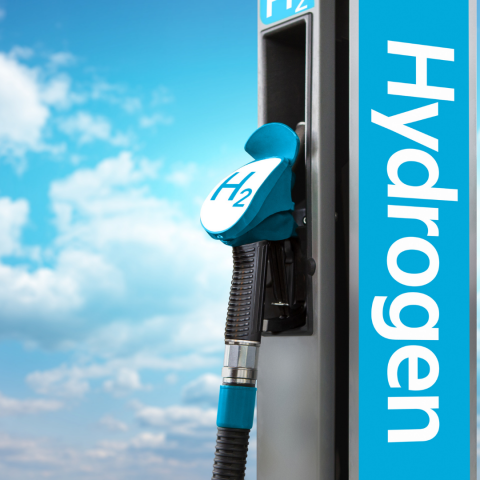 Following the signature of the framework agreement last June, HYPORT took ownership at the beginning of this year of the 2,600 m² site to house France's first hydrogen production and distribution station in an airport zone. To carry out this project, HYPORT, 51% owned by ENGIE Solutions and 49% owned by the Regional Climate Energy Agency (AREC), has announced that it has chosen McPhy to build the hydrogen production and distribution equipment, while TransDev Occitanie will provide five hydrogen buses, four of which will serve passengers. A new step in the energy transition of the Occitanie Region and Toulouse Blagnac airport.

Green and local energy to sustainably decarbonise mobility and industry

Designed to facilitate the use of green hydrogen by all the players in the area (private individuals, companies, local authorities, and others.), the Toulouse-Blagnac station meets the needs of both mobility, industrial and logistical uses.

Located near the airport runways and roads, the two terminals integrated into the station will be equipped by McPhy. In order to enable all types of vehicles to fill up (buses, light commercial vehicles, captive fleets, and heavy-duty vehicles), one of them will be equipped with a dual-pressure distribution system, enabling fuel to be supplied at 350 or 700 bars.

On-site, an electrolyser built by McPhy will meet the needs of the two hydrogen recharging stations. With a production capacity of more than 400 kg of zero-carbon hydrogen per day, the equivalent of 1 MW of high-power electrolysis will also make it possible to supply industrial sites wishing to decarbonise their processes.

In order to ensure the transport of passengers to the planes (airside) and car parks (city side), a contract for the construction and provision of 4 of the five hydrogen buses planned has also been concluded by Toulouse-Blagnac Airport with Transdev Occitanie. The regional company SAFRA, based in Albi, is responsible for constructing the four transport vehicles.

In parallel with the Toulouse-Blagnac airport project, which is part of its commitment to "zero carbon emissions" by 2050 under ACI Europe's Net Zero programme, HYPORT continues to work with all the public and private players in the region to integrate green hydrogen into the heart of the regional economy.

This station project at the airport is the first brick in a vast Occitan ecosystem based on hydrogen. Benefiting from the support of the Occitanie Region, ADEME (the agency for ecological transition) and the JIVE 2 project co-financed by the FCH JU, HYPORT continues its development and accompanies other projects within a sector of the future with growing dynamism.

- 5 hydrogen-powered buses operated by Transdev, including 4 for Toulouse Blagnac Airport.

- 2 stations, respectively airside and city side