Status of Arriva depot incident in Gelderland, the Netherlands 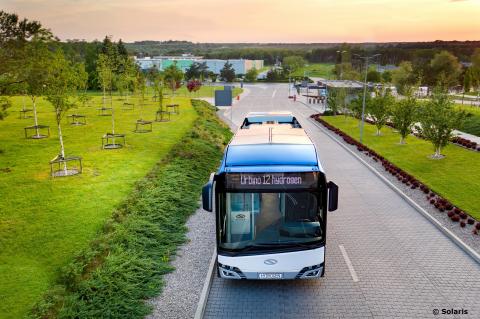 On 28 October 2021, a large fire broke out in a depot of the transport company Arriva in Doetinchem, in the Dutch province of Gelderland. An investigation by local and regional safety authorities is underway to determine the cause of the fire. A diesel and a hydrogen fuel cell electric bus were in the maintenance building, which was destroyed in the fire. Firefighters and police reported that there were no casualties or injuries. "Unfortunately, the brand-new hydrogen bus has burned down," said an Arriva spokesperson. "But we think it's more important that everyone was safe and that no one was hurt."

The fuel cell electric bus was the first of 10 to be deployed in Gelderland as part of the FCH JU-funded JIVE project, which has already successfully deployed more than 100 hydrogen fuel cell buses in France, Germany, Italy, the Netherlands, and the UK.

At this stage, it is not known what started the fire. Although this type of incident is rare in fuel cell electric buses, a specialised committee is investigating it thoroughly to determine the root cause.

Arriva announced that the fire had not affected timetables and that vehicles were running normally.

The European Hydrogen Safety Panel (EHSP) stands ready to support the project partners when conducting the accident investigation and providing impartial expertise. Launched by the FCH JU in 2017, the EHSP assists the FCH JU at programme and project levels in assuring that hydrogen safety is adequately addressed and promotes hydrogen safety knowledge and culture in organisations engaged in hydrogen technologies.

Further developments will be reported in the coming weeks.