Operational launch of Fébus in Pau

After its unveiling in September in Pau, and the inauguration of the hydrogen station, today Fébus makes its inaugural trip and launches its operational commissioning.

In the Béarn region, Fébus is the first project using fuel cells and electrolysis to achieve carbon-free transport.

For the Launch IDELIS (the local public transport system operator) organises an "Open House": the 6 Fébus will be open for all users. Two "Discovery Days" are also offered to the public on 21 and 22 December.

Fébus is a new so calles 'tram-bus' based on the “Exqui.City”, specially created for Pau by Van Hool.
Its unique and innovative features have enabled it to win the highest distinction, the "Grand Award Bus", rewarding technological and aesthetic innovation, as well as the Ecology label, at the 25th edition of the BUSWORLD in Brussels, which is the largest and oldest bus exhibition in the world.

Fébus hydrogen will be produced locally, in a production and distribution station.

Download here the press release (in French) about the inaugural trip and operational commissioning. 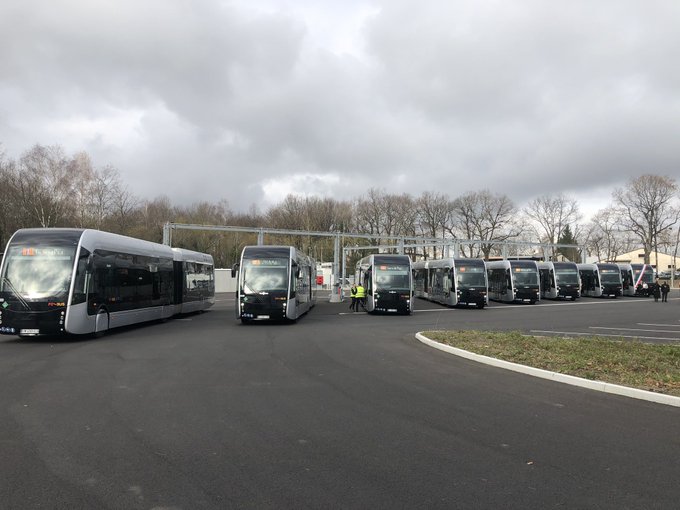