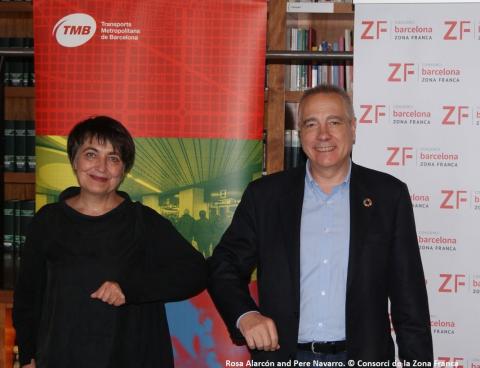 The agreement, signed this Monday by the State Delegate of the CZFB, Pere Navarro, and the president of TMB, Rosa Alarcón, states that they will allocate a plot of the industrial estate of 5,000 square meters, in which a hydrogen production, storage and refuelling station will be built.

The station, a pioneer in Spain, will be used by TMB fuel cell buses and potentially other fleets will also use it, as well as the industries on the estate and private vehicles that adopt hydrogen as an alternative energy solution.

Eight fuel cell buses have been purchased for a value of 6.5 million euros as part of the EU-funded JIVE 2 project that aims to promote fuel cells and zero-emission vehicles. This project is co-financed by the Fuel Cell and Hydrogen Joint Undertaking (FCH JU)..

These 12-metre buses will arrive in Barcelona in November 2021 and are expected to enter service in early 2022. The vehicles will be assigned to the Zona Franca Business Operating Centre. They will be supplied with hydrogen from the refuelling station, created through the agreement signed today, with an estimated consumption of 160 kilos per day.